So you stumble across an abandoned high-performance sports car in a dark alley. We’re talking the car of your dreams here. It’s open, fully stocked and the keys are still dangling enticingly in the ignition. What do you do?

This is all too good to be true, surely. You’re probably going to attempt to start it up, cursing your luck as it conks out with each try. It may be a car planted by the police to snare would-be car thieves in the act. Screw it, you jump in anyway.

I believe it was the Bard of Avon who stated that “temptation is the fire that brings up the scum of the heart”. What he failed to mention is that the “scum of the heart” can sometimes also be described as a fifteen foot carnivorous alien cephalopod with the ability to replicate motor vehicles. It’s all going to end in blood!

On the night of a terrible accident, a mysterious car is brought into a Chicago impound. What appears to be just another project for this…charming establishment… happens to be anything but as the band of mechanics fight for their lives against the homicidal vehicle with a mind of its own.

It gets worse; turns out that this creature can mimic ANY car that it encounters. It’s a clever antagonist these guys are dealing with. Instead of a ‘whodunit’, this film takes the form of a ‘WHICHdunit’ as our paranoia builds and we begin to suspect that each car in this enclosed environment could be a potential mass murderer.

Think of this thing as Knight Rider-come-Predator-come-Species-come-Creature from The Faculty – that’s about as eloquently as I can put it. This spells danger around every turn, vulnerability and also a hell of a lot of mistrust issues that keep the suspense ticking along quite nicely.

Furthermore, the narrative, honed fervently around the fundamentals, is effortlessly constructed yet airtight. I have always been somebody who has enjoyed dissecting the inadequacies of the stories within the genre and, usually, I come across a fair few. Not in this case however as I was thrown off the scent by a series of ingenious choices made by writer Benjamin Carr; a special mention to his setting choice of a heavily-concreted subterranean enclosure that served to honestly justify some of the typical stipulations of a modern horror film.

For example, we don’t just have inexplicable telecommunications blind spots here – any urbanised citizen can deduce that mobile phones genuinely don’t work underground. Or it’s safe to say that it’s easy to become trapped in a location designed to safeguard the expensive property of others. If some unfortunate incident should befall the keeper of the keys and the keys are lost, then you’re stuffed. I guess I’ll have to save my ‘headshake of dissatisfaction’ for another day because this title has trumped me and I could not be happier about it.

With all of this in mind, it’s still an arduous task portraying fright for the items that we have become so accustomed to. Luckily, this film, though not a financial powerhouse, had enough muscle to grab some of the more promising young actors out in the Hollywood wilderness. Aided by the seasoned Oded Fehr (of The Resident Evil and The Mummy series) the cast embellish that which is not actually there. There is a lot of complementing but, undoubtedly, Fehr shines as Ray – the disgruntled owner of the garage whom, despite being an uber asshole, manages to survive the entire ordeal.

I love that disbanding of convention until the last minutes of the film; for a long time you wonder when his comeuppance are due but they never come. Not to leave you discontented however, the last shot sees him surrounded by a legion of independently-roaring muscle cars. Draw your own conclusions from that but, in my mind, it involved several carburettors shoved into a particularly tender orifice.

Evidently, director Eric Valette realised what he had and what he was getting from Fehr then worked hard on the relationship dynamic between him and his other lead, Tilda (Shannon Beckner) who have a capricious love/hate relationship that could be a film within itself. It would have been a travesty to lose either character before the end, preventing the viewer from seeing how their situation developed.

Overall, though not entirely scary, it is nonetheless very entertaining. In no way is it incomprehensible leaving you to work out the intricacies of its plots and subplots, it merely serves up a thrill ride (pardon the pun) and a mortal lesson to be learnt for car thieves the world over.

Being a survivalist you have to learn how to survive. ‘Kill or be killed’ is not only a necessity it’s a way of life. Hence the decision for one man to adopt the moniker after fighting his way through an endless torrent of the undead when he found himself in a world overtaken by a zombie virus...More

THE WOLF MAN, THE MUMMY, THEY LIVE... 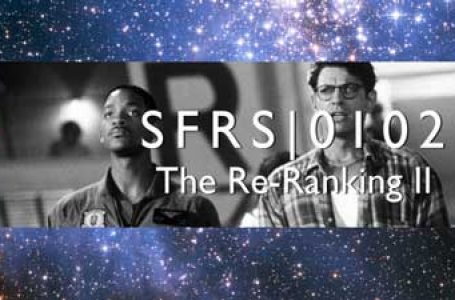