Win a limited edition poster for The Reckoning

Another release from StudioCanal’s stupendous Hammer Horror series, Blood from the Mummy’s Tomb may not be familiar to many but the name of the author whose story The Jewel of the Seven Stars it is an adaptation of most definitely will be being that it is by the father of Dracula himself Bram Stoker.

Opening within the nightmares of Margaret Fuchs (Carry on star Valerie Leon) we see ancient Egypt and the sealing of the terrifyingly powerful Queen Tera within a bejewelled tomb by priests and guards. The ceremony involves cutting off Tera‘s hand and tossing it out onto the moon lit desert however the men who performed her final rights suddenly find themselves somehow bleeding to death with their throats slit on the same sand.

Awakening in her father Professor Julian Fuchs (Rob Roy’s Andrew Keir) home Margaret receives a gift for her upcoming birthday from the retired archeologist, a huge ring that once graced the severed hand of the terrible sorceress. Telling her to wear it always this unusual and otherworldly gift ushers in a series of unexplainable events and deaths all of which seem to lead back to Margaret and Tera who just happen to be identical.

With the body count mounting the members of the original expedition that discovered the evil Egyptian and raided her sacred tomb reunite in an attempt to prevent not only their own murders but the resurrection of this ancient monster whose power is desperate to escape but cannot be contained.

Employing the usual Hammer combination of titillation, terror and some gruesome gore Blood from the Mummy’s Tomb is more interesting than many other mummy movies being that the majority of the horror is implied rather than shown. It also benefits by replacing the grubby bandages with the minimal golden jewel encrusted underwear that barely covers Valerie Leon laid out as Queen Tera unaged and unchanged in Professor Fuchs’s basement monument to her and his obsessive studies.

Combining occult and supernatural elements with a whodunit style investigation into the expedition members involving not only Margaret’s father but the suave and scheming Corbeck (James Villiers) who knows more than he admits, as well as the deranged and institutionalized Professor Berrigan (Citizen Kane’s George Coulouris) who appears like Stocker’s Renfield, works well allowing the more ridiculous ideas to be swallowed far more palatably within the plotline.

Modelled on the facts and fiction behind the real life English pyramid expeditions and Egyptomania of the early nineteenth-century that took hold at the time of Bram Stoker’s original tale director Seth Holt and scriptwriter Christopher Wicking, who also penned Demons of the Mind, update the story but keep in the main themes that permeate so many of these works, that is the ideas of reincarnation and the horrifying curse which befalls anyone who dares disturb the dead.

Interestingly the production of Blood from the Mummy’s Tomb seems to have been somewhat cursed itself considering that the original star Peter Cushing had to pull out of the film after his wife became gravely ill one day into shooting. More sinister still 5 weeks into the 6 week shoot director Seth Holt suffered a huge heart attack collapsing into one of the cast member’s arms and dying instantly on set.

Replaced by Michael Carreras production continued and the resulting movie seems to have been unaffected probably morbidly benefiting from the tragic events in terms of publicity and a general ambiance of real life murderous mysticism.

A cracking good watch not just for Hammer fans Blood from the Mummy’s Tomb shows there is more life in the Egyptian monster and the many trite tropes of the genre than most Mummy movies of the period and even now can muster. 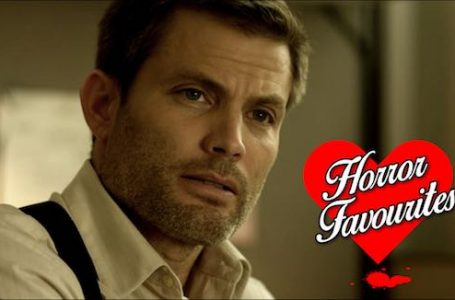 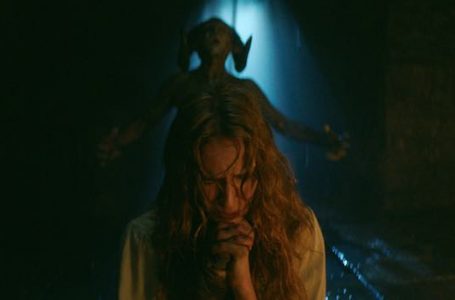 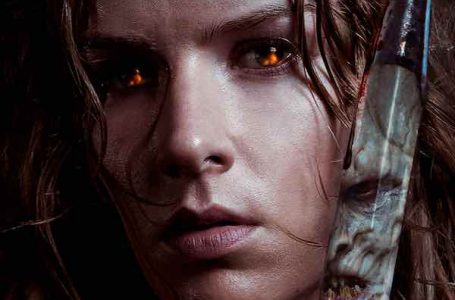 Win a limited edition poster for The...

Win a limited edition poster for The Reckoning