Ghosts. Are they just re-runs of events from the past? Are they harbingers of doom? Can they hurt people? Do they really exist?
These are all important questions. But when it comes to horror movies, (from the producer’s perspective at least) the most important question is ‘can we terrify an audience with them?’ and the answer to that is an emphatic ‘yes’.

Ghosts have been part of belief and superstition for centuries in one form or another. With the advent of film came a vast number of pictures featuring these spooky spectres and capitalising on our fears for entertainment.
Now with so many films to choose from, we came up with a selection of the scariest ghosts in film, a list of entities with the X Factor.

The Scariest Ghosts in Film

The woman in black is one of the most dangerous types of ghost. From a distance, she doesn’t really look like a ghost at all. You have to be pretty unfortunate to come face to face with her, but you don’t have to because just by her appearing, bad things happen.
There’s no telling when she’s going to pop up and there’s no stopping her from doing so. But once she’s seen, you can bet that someone nearby is going to die in a horrible way.
Her menacing black figure would be sure to haunt your dreams (and probably your conscious mind) if you came across her, eventually leading to you losing your mind, or losing your life in a Woman in Black related accident.

Kayako in The Grudge (Ju-On)

The’s more than one ghost in the Grudge, but we’ll concentrate on Kayako, the lank-haired, double jointed revenant that likes to crawl after you along the floor.
Her technique of hanging out in THE scariest part of the house – the attic – shows that she’s old school. She’s not playing around stacking chairs in a kitchen and hiding car keys, she’s waiting for you to check out that strange noise upstairs before killing you in a horrible way.
She’s equally as terrifying when she petrifies the old lady downstairs, hovering above her bed and causing a trance-like state of absolute terror. There’s something very creepy about someone else being terrified of something that you can’t even see.

The entity in The Entity

On the subject of ghosts that you can’t see, we come to the entity.
Starting innocently enough by moving stuff about in that usual poltergeist way, the entity is a curiosity to begin with.
Soon though, things get very horrible when the invisible force takes a sexual interest in mother of two, Carla, violently attacking her regularly and without warning.
Paranormal investigators aren’t able to offer salvation and an attempt to capture the spirit is unsuccessful, leaving it free to follow Carla wherever she goes – that’s right, it’s not bound to one location like most ghosts.
Scariest of all, the film is based on real events and there’s an equally scary documentary about the actual case called A Paranormal Encounter. You should check that out too.

Ager in A Warning to the Curious

There’s nothing scarier than a ghost that doesn’t give up, and this guy is a prime example.
Being a guardian of an ancient crown, he is disturbed when a budding treasure hunter digs up his precious artifact.
After that, wherever the hapless digger goes, he’s followed by this strange figure, who is running after him most of the time. As you can imagine, it’s not a nice experience to be constantly chased by a ghost.
This is also one ghost who doesn’t forgive. Return the treasure to its resting place and you’ll still be pursued until the end.
He may not look like much, but his unrelenting pusuit definitely makes him one of the scariest ghosts in film.

Sadako in The Ring (Ringu)

When little Sadako is thrown into a well to die, it only makes her angry. Well, makes her ghost angry that is. Not only does she seek out deadly revenge on anyone unfortunate enough to watch a surreal, yet seemingly harmless VHS tape, but she even lets them know exactly when she’s going to do it – like a ‘save the date’ for painful death.
She may only be a creepy looking child, but she can crawl out of television sets and literally scare you to death.
The reasons for her ruthlessness are complicated, making it near impossible for you to work things out, become friends and urge her to reconsider killing you.

The Librarian in Ghostbusters

Ghostbusters is widely accepted as being a kids film. In fact, I watched it myself in the cinema as a kid. However, there are a couple of spooky parts in it and the nastiest of all is the ghost in the library.
The busters turn up to stop the apparition of a kindly old lady from disturbing members of the public. But when Venkman and company are a little loud, the woman turns into a freakish banshee, causing the ghostbusters to make a swift escape before she sucks out out their eyeballs (probably).
I’m sure that I needed a clean pair of Batman underpants after watching that scene back in ’84.

The ghost in Paranormal Activity

Another nasty unseen force toys with a young couple in their home, without any apparent motive.
Katie and Micah decide to try to tackle the spirit on their own, filming the process as they try (unsuccessfully) to rid their home of this disturbing entity.
Terrifyingly both for the couple and the viewer, the evidence of paranormal activity is only uncovered when the video tape recordings are played back. Soon it seems that this poltergeist has something personal against the young lovers and there is little that they can do to stop it.
It pulls off their bed clothes. It drags them about. It scares the bejesus out of everyone.

The poltergeist in Poltergeist

Ghost kids are creepy, and ghosts that target kids are even creepier. By picking on the most helpless person in the household, this type of spectre makes him the least desirable of spirits when it invades a family environment.
Children are more sensitive to seeing other worldly beings, but such instances are usually attributed to an over-active imagination. That is until the child disappears through a inter-dimentional portal and becomes stuck in the TV.
Things get worse as clown toys, trees and dental braces fall under the spell of the evil force. Even a seasoned medium and her band of ghost hunters fall victim. One guy even tears his own face apart. 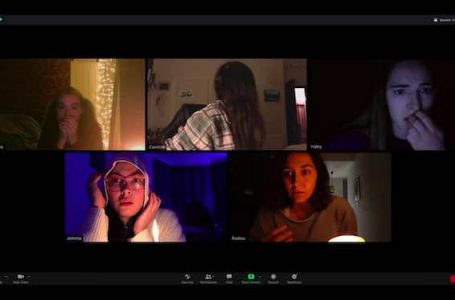 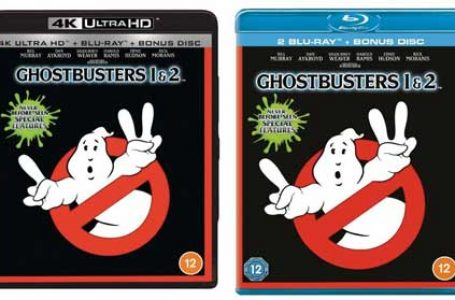 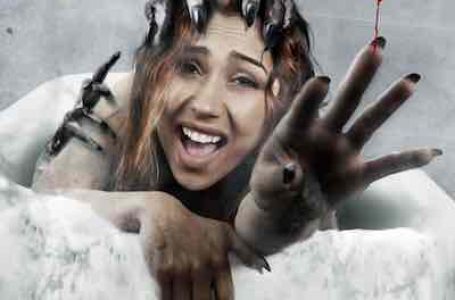 In the sinister vein of THE ENTITY...