Its impressive how many of Stephen King’s masterful tales of horror and suspense have been transferred from page to screen and with a recent spate of remakes including IT and Pet Sematary now is the perfect time to revisit some of the original adaptations.

Brought to Blu-ray by Eureka Entertainment the 1983 animal survival horror Cujo is still as brutal and brilliant as it was all those years ago. Playing out like a family drama everything builds up to the explosive and terrifying encounter that takes place in the final act of the film, a sustained animal attack that will make even the biggest dog lover start to fear man’s best friend.

The demented dog in question appears in the first moments of the film as we see Cujo chasing a cute bunny across the farmland that is both their homes. Determined not to let it escape the seemingly benign St. Bernard forces its head through the rabbit hole that also happens to house a colony of bats and is bitten for his intrusion into their habitat. Undenounced to his owner Cujo has been infected with rabies and a slow metamorphosis from faithful companion to rampaging monster has begun that can’t be stopped.

Meanwhile another transformation has started as the happy home of the Trenton’s is about to be shaken by the revelation that wife and mother Donna Trenton, played by Dee Wallace from The Howling and E.T., is having an affair.

Her young son Tad (Danny Pintauro) and his doting father Vic (Daniel Hugh Kelly) somehow sense a disruption in their family without even realising which manifests in Tad’s obsessive fear of monsters in his closet, monsters his Dad tells him aren’t real and will never hurt him.

Sadly Vic is wrong as when he himself is hurt by the revelation of Donna’s betrayal and decides to take some time away from her and Tad the mother and son are forced on a fateful trip to the farm where the now monstrous Cujo has been waiting for them.

Deteriorating in both mind and body the dog has become the antithesis of the loving pet it once was and the very thing Tad fears the most brought to life. Once they get stuck in his lair with no help or hope of escape the malicious mutt will do anything to slaughter them so it is left to Donna to fight for her family in a desperate bid for survival and redemption.

The acting is excellent all round with Dee Wallace especially good as the conflicted mother who earns our sympathy through the ordeal she suffers to save her son. Although only 7 at the time Danny Pintauro is almost too convincing when faced with the rabid beast and his reactions make the confrontation all the more horrifying to watch.

Although he may look like the large but lovable dog from the Beethoven movies Cujo soon becomes the stuff of nightmares and the make-up and effects are extremely well realised. Obviously a well-trained animal it is also down to the director Lewis Teague who manages to make the attacks look savage and unrelenting with selective shots that show just enough to ignite our imagination without exposing the films limitations.

Special mention must also go to Jan de Bont a respected director in his own right who here serves as DOP and pulls of some particular artistic camera angles most noticeable at the start emphasising Tad’s fear of the dark and later on when the boy and his mother are trapped in the car a disorientating spinning camera shot heightening the madness and confusion brought about by the attacks.

Containing over 7 hours of extra content with new interview with everyone from composer Charles Bernstein to stuntwoman Jean Coulter to visual effects artist Kathie Lawrence to dog trainer Teresa Miller there is also a Q&A with Dee Wallace from Cinemaniacs & Monster Fest 2015 all of which offer stunning insights into this cult classic and how it was created.

Combining a complex family drama with a stunningly effective survival horror Cujo sits alongside White Dog as one of the best killer canine movies making it a must see for horror fans especially those unfamiliar with this Stephen King adaptation.

Just don’t show it to your dog or they may get ideas! 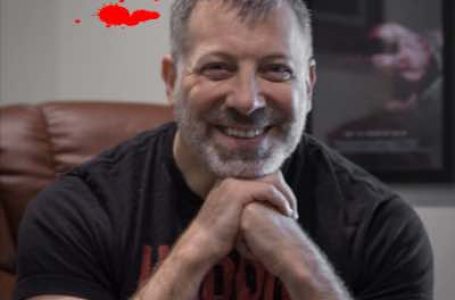 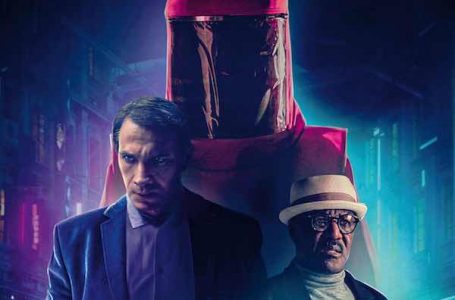 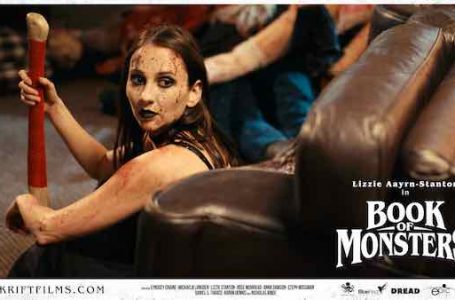 By the Book with Lizzie Aaryn-Stanton –...