Bill (Rock Legend Iggy Pop) lives an idyllic life in his own personal paradise with his much younger wife Isabelle (Kacey Clarke). On the surface their lives are blissful living in a luxurious Spanish Villa; even if Isabelle has a wandering eye! But things don’t stay peaceful for long, enter Lucas (Ben Lamb), a disgruntled ex-lover who has turned up to reclaim the inheritance he believes Isabelle wrongfully stole from him. With it’s soap opera style plot and outlandish characters, Blood Orange is a visually stylish yet unusual thriller, that’s semi-gripping and pays homage to the tropes of the film noir genre.

Shot in sun-drenched Ibiza, Blood Orange features a small cast of actors which lends a hand in raising the tension between them with it being confined to a limited amount of characters to work with. It’s a slow burner from the offset and for the most part mundane.

Bill spends his days shooting rabbits while Isabelle swims, sunbathe’s and unashamedly has sex with the pool boy, David (Antonio Magro). Up until the last half an hour the film showcases it’s picturesque scenery consisting of crystal blue skies and glaring, hot sun. It would be forgiveable to assume that this was purely an advertisement for the Mediterranean island.

Iggy Pop is a strange yet interesting choice for the leading man role but it’s all the more intriguing seeing the dynamics of his relationship with Isabelle play out, they most definitely come across as the odd couple and some of their scenes are squirm-worthy to say the least. It’s never quite clear whether Isabelle is with him for a life of luxury or whether there’s something genuine about their relationship. Isabelle is a classic femme fatale, using her sexuality to play the male characters off against each other. She is written with a past of being a golddigger having previously been married to Lucas’s father. Staying straight faced, Isabelle claims that she genuinely loved her previous older lover which is convenient considering she inherited all his money. There’s nothing more to her than a woman who uses sex as power as well as being greedy and stone hearted.

Equally, Lucas is the spoiled rich kid throwing his toys out of the pram because his entitlement has been taken away, forcing him to fend for himself. Essentially the plot unfolds showing two unlikable people playing a dangerous game of cat and mouse with each other. The most interesting dynamic is Bill’s peculiar acceptance of Lucas staying in the villa which alludes to a possible insidious agenda brewing.

Despite taking a slow-paced direction to begin with once the tone shifts it transpires to be quite predictable and unsurprising in terms of who the film favours at the end. There’s an uneventful build up with a pay off that’s so rushed and overdone. The acting is mediocre but not overly terrible that it pushes the viewer to completely switch off.

Iggy Pop’s dialogue is mumbled on the most part and difficult to understand, he plays an ageing rock star so it’s clear that the role is loosely based on his own life however doesn’t achieve much depth with the one-dimensional material he’s given. He has acted in a number of cult films in the past including John Waters Cry-Baby and the notorious Tank Girl, but in this he is finally at the forefront as part of an ensemble cast.

Having his name attached to this title may rocket it into becoming a future cult classic or at least a heard of underground movie. Director Toby Tobias has an interesting background as a video technician shooting concert footage for films including the so-bad-it’s-iconic Spice World: The Movie. Blood Orange is his first directorial feature and in terms of production quality, cinematography, composition and framing it’s of a high standard capturing the beautiful location.

Blood Orange is worth a watch, it attempts to tread a different ground with the thriller and neo noir genres but is on the whole bogged down with average performances, mean-spirited characters and a plot that’s unfortunately not particularly groundbreaking.

Blood Orange will be released on July 11th 2016, courtesy of Metrodome.

Ascending from the dark, depths of West Wales, Hayley has been writing reviews and articles for Love Horror since 2014. She has enjoyed every blood-curdling second of it and hopes to continue to bring fresh content to the beloved site. Hayley also runs ‘Hayley’s Horror Reviews’ and can be found on Facebook, Twitter, Instagram and YouTube. Her love for the genre began at the tender age of 12 and it has become a lifelong passion. Her favourite genre related events are The Abertoir Horror Festival in her hometown and both Celluloid Screams and Horror Con UK, based in Sheffield. You can follow her on all her social media accounts. Stay Scary, Horror Hounds! 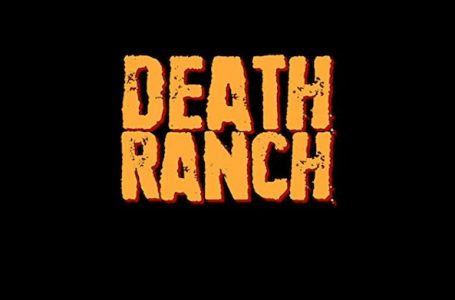 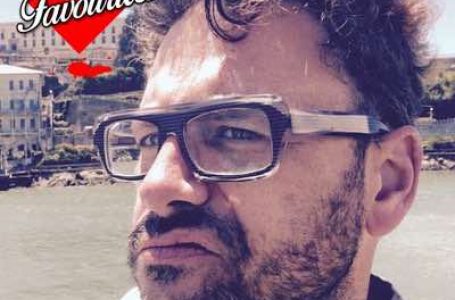 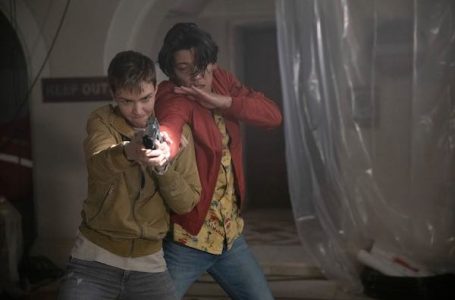