Everyone can agree that 2020 has been a challenging year. Apart from all living in a real pandemic horror movie there have been lockdowns, lay offs, panic buying and more and we don’t seem to be done with it yet. However FrightFest have done their best to make 2020 better by bringing us TWO Frightfests packed full of fantastic fear filled films.

Arrow Video FrightFest will go virtual for the second time in 2020, having taken the decision to cancel its planned physical event at the Cineworld, Leicester Square, due to continuing COVID restrictions. The forty-five feature film line-up will merge the in-cinema selection with brand new titles to provide an online festival experience from Oct 21-Oct 25.

Below we feature one of those amazing movies with our regular exclusive interview feature Five FrightFest Facts From and these five are from The World We Knew writer, actor and member of Powis Square Pictures Kirk Lake

1. Tell us about your film.
When a heist goes wrong a gang are forced to wait out the night at a desolate safehouse. Tormented by their past misdemeanours, mutual distrust and by things that go bump in the night, the men start to unravel. It’s a neo-noir with ghosts.

2. How did you get into making horror movies?

I’m not sure we originally set out to do that. As a collective the first film we made together was a kind of folk-horror comedy short that we made with Alice Lowe and the musician Anthony Reynolds. It was about a couple who go on a picnic but then can’t find their way out of the field they are in. It was more Bunuelian surrealism than out and out horror. After that we made a short film called Over & Over which in a way is a companion piece to The World We Knew. The characters are different, the setting and the story is different but it’s obviously of the same world. In Over & Over the supernatural element was implied, in our feature it has become explicit. So our entry into horror film making has been incremental. One thing I would say about the horror film audience is that they are incredibly cine-literate. And we’re coming at horror from a slightly unusual angle with people like Jean Pierre Melville and John Cassavetes as big influences as much as traditional ghost films like The House on Haunted Hill. Horror is a liberating genre for film-makers with a lot of freedom.

3. What film would you love to see screened at Fright Fest and why?
I guess we’re talking about a future in a real cinema… There are a lot of old films I’ve only seen on DVD or online that I’d love to see on a big screen. I recently watched Messiah of Evil (1973) for the first time. An incredible film. The production was designed by Jack Fisk who went on to work with David Lynch, Terrence Malick and Paul Thomas Anderson. It’s a stunning looking film. For some reason it seems to be in the public domain so it’s easy, and free, to watch online but I doubt its ever been screened in a cinema in the UK. That would be something to see.

4. If you could create your own award to give at the Fright Fest what would it be and why?
It is so incredibly difficult to get a low budget independent film project off the ground and completed that anybody and everybody who does it deserves an award.

5. If your life were made into a horror film what would it be called and who would play the starring role.
You mean this life isn’t a movie? It’s real? That guy I see in the mirror every now and then can carry on for now if he could only remember his lines. 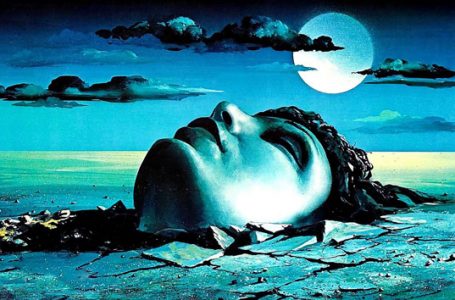 Little Shops of Horror – Pyre and...