Featuring a babysnatching druid-nanny feeding infants to an evil tree, William Friedkin’s second horror film after The Exorcist is more recognisably a genre movie, full of eerie and suggestive imagery as well as sudden explosions of splatter and gore.

The opening of the film sets up the simple premise of the story. The Sheridans are busy parents leaving for a weekend away; returning back to their house by chance, they discover the nanny has abandoned their young son and vanished with their baby into the night. Standing before a dark, twisted tree in the woods, she conducts a ritual that magically entombs the infant in its roots.

Three months later we are introduced to the next victims in the cycle; handsome young couple Kate (Carey Lowell) and Phil (Dwier Brown) have just moved to LA, only to find they have a baby on the way. Busy with their new professional lives, they interview for a nanny; a nice young PE student is their favorite, but just as they make their choice she meets with a nasty accident. Second choice Camilla (Jenny Seagrove), a young British woman, is conveniently on hand to take the job.

Following The Exorcist, Friedkin released this second horror feature almost two decades later, no doubt creating much anticipation and disappointment with the result. But in hindsight there is still a lot to enjoy and admire in this film.

Pitched somewhere between the contemporary world and a fairy-tale of witches, wolves, and a dark forest, the atmosphere is nicely established with vivid midnight blues and the turmoil of wind and leaves outside. The camera is used to skillful effect; one of the most inventive moments transports the scene in one shot as Phil looks from the safety of his bedroom through the branches of a phantom tree, his child lying helpless on a forest floor.

The film is at its best when focusing on these suggestive moments, but with the fun exception of a bloody final showdown it loses its way with the more gung-ho scenes of tree-induced dismemberment. At one point Jenny Seagrove’s nanny, relaxing in the countryside, is harassed by three cliched degenerate punks who otherwise bizarrely seem to be enjoying a stroll in the meadows. Perhaps this is meant to be the modern world blurring into the gothic fairy tale, but the result feels more like a shlocky tv-movie, with the tree itself coming over like a dodgy theme-park ride.

The accompanying interviews for the new DVD release give a sense of the film’s muddled development. Friedkin explains he took the project on as a favour, setting about revising the ‘lame’ script with Stephen Volk (the writer responsible for the BBC’s infamous Ghostwatch). It does seem like they never worked out what it was really all about; the finished story lacks a twist or intrigue to really drive things, and as a villain Camilla isn’t ever decisively supernatural, evil, or human; just an ordinary girl with a mad, bad tree.

So accepting this film is a bit of a misfire, it’s impressive how much Friedkin manages to compensate by delivering some inventive scenes. There’s an awkward phone conversation with the couple’s hapless friend trying to convince the police operator there really are wolves surrounding his house, with the wolves themselves stalking outside the window behind him.

Like many of the film’s best moments, its the creepy use of the setting and pacing that’s effective, and for the curious makes The Guardian definitely worth a look.

It is safe to say that the internet is everywhere these days... More

TIME TO SAY YOUR PRAYERS: WHEN RELIGION... 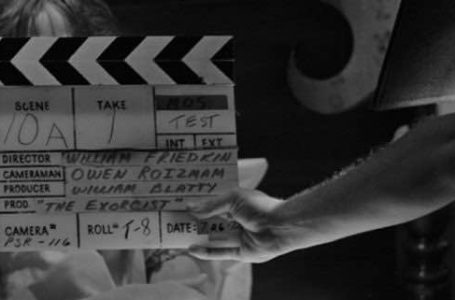