With the Horror Channel broadcasting his much acclaimed supernatural shocker The House of the Devil on Friday February 17th at 22:55 director Ti West the man behind The Inkeepers and The Roost reveals his love for his UK fans, lying to Larry Fessenden and when lightning nearly struck.

Did you know from an early age that you wanted to be a director?

Ti West – No. I always wanted to be a comedian. I didn’t even know what directing was until I had a film history class towards the end of high school.

Your first feature The Roost was released here on the FrightFest label, where did the idea for the movie come from?

Ti West – I had met filmmaker Larry Fessenden and he was interested in producing a few no-budget horror movies. He liked my short films and we got along very well, so he asked if I would be up for doing one. I told him not only was I up for it, that I even had a script ready to shoot! That, of course, was a total lie. I convinced him I wanted to work on it a little more over the weekend before letting him read it, and what I actually did was write the whole thing from scratch in those three days. Next thing I knew we were in pre production. Larry is the reason we are doing this interview, without him I don’t know where I would be.

Was the script written with the budget in mind or was it changed to accommodate it?

Your much acclaimed movie The House Of The Devil is getting its UK TV movie premiere on the Horror Channel, how do you feel about that?

Ti West – It’s awesome! I love the Horror Channel. They have always been very supportive of me, and the UK fans are some of my favourite in the world.

It’s a film that many fans like because it has such an old school theme to it, are you a fan of the horror movies of the 70s and 80s?

Ti West – Of course. It was a great time for horror films. Much better than today.

Where did the idea for The House Of The Devil come from?

Ti West – I had just graduated college and was broke. I didn’t know what to do next, and I started feeling really desperate all the time. That is a scary feeling and I thought what if that desperation lead me to getting in a much worse situation. Also, I have always been fascinated by the “Satanic Panic” craze in the early 1980s, so I sorta just blended the two ideas together.

How did you go about casting the movie?

Ti West – I had always wanted to work with Mary Woronov, so I tracked her down and basically forced her to do the movie. Tom Noonan and I had worked on “The Roost” together, so it was good to keep that relationship going. AJ I had become friends with, same with Greta. Jocelin was the only one who came in through the normal audition channels. She was a real find. It’s her movie.

Budget and time; did you have much of either?

Ti West – No, and no. Everything that could go wrong went wrong. It was a tough shoot. The house almost got struck by lightning. Divinely difficult shoot.

You must have been pleased with the positive response it got when released?

Ti West – It was very humbling. It was a hard movie to make and I was coming off of a really bad experience with “Cabin Fever 2” so to have such a positive response really gave me a big sigh of relief.

You were in the UK for FrightFest last year where The Innkeepers was showing, what was the experience like for you?

Ti West – It was amazing! FrightFest is the best. There is no more welcoming festival on the planet. I couldn’t ask for a better experience.

Can you tell us which letter you got for the forthcoming anthology movies The ABC’s Of Death?

Your next movie The Side Effect has already gained many column inches thanks to some rather strong casting. Does this add extra pressure to you as a director?

Ti West – No, I don’t think much about it. Liv and I really get along, so it just feels like making another movie with a new friend.

Ti West, thank you very much

THE HOUSE OF THE DEVIL is on the Horror Channel Friday Feb 17th at 22:55

FacebookTweetPrint
Tags: Frightfest The ABC’s Of Death The House of the Devil THE INNKEEPERS ti west 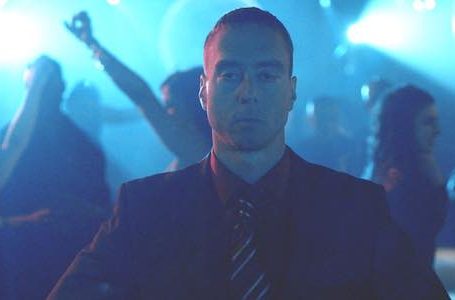