Since the likes of Rosemary’s Baby (1968) and The Wicker Man (1973), the subject of cults within horror movies has continued to be a gripping and fascinating study.

While horror can frighten us in several ways from ghouls or

mass murderers in masks, the idea of the cult proves the most powerful as its rooted within the human mind and reliant on a belief system that may or may not exist.
In 2013 the festival circuit saw some thought-provoking yet disturbing films dealing with this sub-genre, one of them being Chad Crawford Kinkle’s exceptional Jug Face (2013) and the other, the subject of this review is The Sacrament (2013) directed by Ti West.

Despite not being a huge fan of West’s work, The Sacrament provided a pleasant surprise demonstrating that as a filmmaker, West certainly has something to offer. Unlike his lazy segments in The ABC’s of Death (2013) and V/H/S (2012) as well as the slow-burning, non-fright fest that was The Innkeepers (2011), a lot of thought and effort has been put into The Sacrament, creating both an interesting yet intense film.

Two filmmakers and a photographer from the multimedia company VICE embark on an unusual piece of journalism which sees them venture into the lives of the inhabitants of Eden Parish, a religious commune built up by former drug addicts and those with alcohol issues. The project that Sam (AJ Bowen), Jake (Joe Swanberg) and Patrick (Kentucker Audley) are working on is a personal piece as Patrick attempts to locate his sister Caroline (Amy Seimetz) who has been living at the parish since completing her drug rehabilitation program.
On the surface, Eden Parish is a peaceful community that have made the decision to live in harmony, away from the ‘violent, ‘poverty-stricken, ‘racist’ society of the outside world and from the means of technology with an emphasis on helping others. Sounds ideally tranquil, however the deeper Sam and Jake dig into the goings on at Eden Parish events take a turn for the worst in a compelling culture clash that results in tragic consequences.

The citizens of Eden Parish rely on and worship a leader known as “The Father” with connotations that suggests he is their God. The Father (Gene Jones) is the film’s most complex character as on the outside he does not appear threatening but on a mass level he is able to manipulate and brainwash a community filled with vulnerable people to frightening measures. His views appear radical as well as anti-government and is most threatened by the filmmakers presence, therefore he enlists the idea that anything that comes from the outside world could sabotage what the commune have built up. Rather than making a subjective film that portrays a different way of life, the filmmakers find themselves amongst a shocking conspiracy which is guaranteed to leave its viewers reeling.

As a found-footage film, The Sacrament is one of the best to emerge in recent times. The photography is pristine, incorporating some breath taking shots of the surroundings, enabling the viewer to take the location in. Unlike most of its kind, at least The Sacrament allows a purpose for the protagonists to use a camera, with the mockumentary angle in place to show that the film being made is that of a professional standard. One stand out moment which defies the conventions of what most found-footage horror films do is instead of shaking the camera; the character in question abandons it in order to avoid the danger. This is something that has been long overdue.

On the whole the performances are quite convincing. Gene Jones makes an effective and well-crafted villain able to exert his power over those who cross his path; he certainly puts on a front and challenges those who remain sceptical of him. Amy Seimetz does especially well as the brainwashed young woman determined to believe in what the Parish is trying to do. Joe Swanberg as Jake is resourceful and acts as a strong ally for his crew.
While unimpressed by AJ Bowen’s performance as Crispian in You’re Next (which co-starred Ti West) he most definitely shows improvement here by creating a sympathetic protagonist in Sam, he keeps the audience on side throughout the entire film and demonstrates he more than anyone is the one who wants to help others.

While some areas of the film could have been explored in more depth in terms of certain character intentions, overall The Sacrament is a solid thriller that blends the found-footage genre with cult mentalities incredibly well. Thematically it’s very engaging as it deals with the concept of ‘fear of the outsider’ and hypocrisy from all sides. It also alludes back to pivotal points in history such as the teachings of Malcolm X, JFK and Martin Luther King.

Enigmatic, intriguing and ultimately tragic, The Sacrament certainly displays a great deal of potential for Ti West as a director.

Ascending from the dark, depths of West Wales, Hayley has been writing reviews and articles for Love Horror since 2014. She has enjoyed every blood-curdling second of it and hopes to continue to bring fresh content to the beloved site. Hayley also runs ‘Hayley’s Horror Reviews’ and can be found on Facebook, Twitter, Instagram and YouTube. Her love for the genre began at the tender age of 12 and it has become a lifelong passion. Her favourite genre related events are The Abertoir Horror Festival in her hometown and both Celluloid Screams and Horror Con UK, based in Sheffield. You can follow her on all her social media accounts. Stay Scary, Horror Hounds! 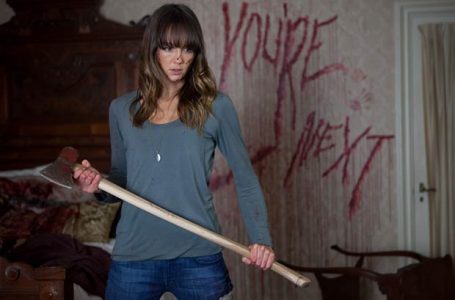 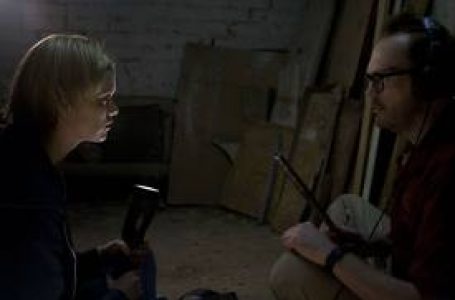 The Innkeepers in Cinemas Today 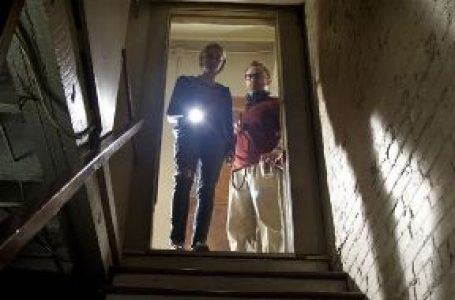