From the title alone you can probably tell 90% of what Spiders 3D is all about. Yes there are Spiders, but no they were not in 3D on my TV sadly. However this creature feature pretty much goes exactly as you think it will, beginning with the opening shot of an abandoned Russian space station filled with genetically mutated super spiders.

When a section of this pesky Ruskie lab crash lands in the New York subway it doesn’t take long for the space spiders to infest the tunnels, killing unsuspecting subway workers and building a giant lair. Add to that the fact that they’re not only multiplying but growing in size and you have one almighty arachnoid infestation on your hands.

Spider horror movies have been around for decades from Tarantula in 1955 to Horrors of Spider Island in 1960 and right up to Eight Legged Freaks in 2002. This proves that people really do hate spiders.

Undeniably the best spider movie (apart from Sam Raimi’s Spiderman!) is Arachnophobia. However, with the modern day resurrection of the monster B-movie made popular by Sy-Fy and the like Spiders 3D was a movie just waiting to be made.

Luckily director Tibor Takács, who made the original of The Gate (1987), avoids camping the film up a la Sharknado et al by playing it straight. This makes it all the more entertaining rather than knowingly bad.

The cast of TV actors does a fine job with what they have and the characters are more interesting than they usually are in this sort of film with the hero’s broken family backstory pulling on a few heartstrings while he yanks out spiders legs.

The special effects although a little CG heavy are not bad at all and are kept to a minimum at first. There is some great gore and jumps along the way which will have impact, especially if you have a massive phobia of spiders.

Above average for a monster movie made in this ironic age of creature horror Spiders 3D is silly and fun and will most definitely give you pause for frightful thought next time your loved one asks you to help get an eight legged beast out of the bathtub.

No its not an April Fools Sharknado... 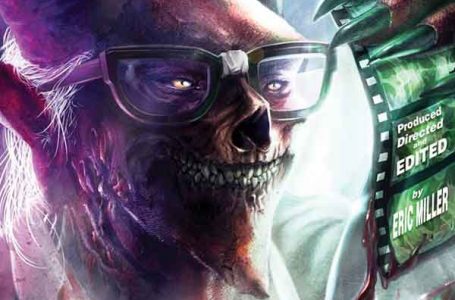