We Are Still Here was one of the best received films on the horror festivals circuit this year. We were keen to know more about the film and its origins, so managed to get some time with writer/director, Ted Geoghegan.

Here he talks about his love for The Fog, the role of melodrama in modern film and tips on how to make a freezing film set look scorching hot!

LH: Tell us about We Are Still Here

Ted Geoghegan: The plot of we are still here is about a grieving middle aged couple, who have lost their son in an automobile accident so they have chosen to re-locate to a very sleepy town in the middle of New England.
Upon arriving at the old house that they’ve purchased they begin to sense that there’s something supernatural with them. At first they believe that it could be the spirit of their son. But as that presence reveals itself to be slightly more malevolent than they first believed they start to realise that it could be something much darker.

One thing that kind of surprised me was just how dark the film was. I was expecting yet another haunted house movie with weak ghosts, but in fact the ghosts in your film are some of the most vicious that I’ve seen in some time.

They certainly don’t take any flak from anyone.

I felt that there were influences of Kubrick, Carpenter and other great film makers from the era which the film was set in. Was this a conscious decision for you.

Absolutely. While I didn’t want to make a film that was a direct homage, I felt like I would be remiss if I didn’t acknowledge so many of the amazing directors who had worked in the genre before me.
One of the biggest influences on the film is the Italian director Lucio Fulci and his film, House by the Cemetery. It’s the strongest influence on We Are Still Here that there is.
I made a lot of very conscious efforts to try to embrace some of the tropes that Fulci used and create something that hadn’t been seen in a very long time.
There are of course dashes of all sorts of other wonderful directors that I’ve admired over the years. Everyone from Wes Craven with the moment when the guy walks up the stairs and is swallowed by the mushy stairs which is a direct reference to that exact same scene in A Nightmare on Elm Street, where the same thing happens to Nancy.
Or he Dagmar family who are modelled almost exactly after Captain Drake and his murderous pirates in John Carpenter’s The Fog.

Which happens to be one of my all time favourite films.

Oh, mine too, and not just horror, one of my favourite all time films in general. I love having the discussion with people when I say that The Fog is 100 times better than Halloween. And I will gladly stand up for that film, it is a sensational piece of horror. And the tone of The Fog is something that we tried to recapture in my film.
The Fog is never campy, it’s never ridiculous, but at the same time it’s always fun. The movie is beginning to end a very serious story about people who were very unjustly attacked and it’s about their vengeance and that’s similar to the story of We Are Still Here. The Dagmar family are more victims than villains like Captain Drake and his men.

The Fog is still Fun and We Are Still Here is still fun. It deals with some very heavy topics, but ultimately, at the end of the day we watch movies because we want an escape from reality. We want some entertainment. It’s a roller coaster. We want to laugh and we want to scream so hopefully I captured a bit of that from so many wonderful directors.

I think you totally did. And you managed to get the right balance of using the style of a period but giving it a modern dimension with more gore than perhaps we would have seen in similar films back then.

I wanted to walk a fine line with that because the films of Lucio Fulci are wildly violent, especially The House by the Cemetery, The Beyond, Zombi… Some of his greatest films are unbelievably splattery. And I had grown up with those, so this over the top, ultra-stylised violence was something that I kind of missed from todays films. I think a lot of todays ultra-violent films almost wallow in torture. I’m not a big fan of torture-porn movies. Although I can respect what a lot of the folks have done, like James Wan with Saw, Eli Roth with Hostel – they’re very good films, and they’re very good film makers. It’s just not particularly my taste. I don’t really relish the idea of seeing people slowly tortured to death. For me it’s a little too visceral and it stops being fun.

I wanted to capture a bit of that nostalgia that I felt for those films in whatever way I could and in this case it’s kind of walking that line between melodrama and extreme gore.
I don’t like to refer to my film as a drama, but it is a melodrama. It’s a heightened sense of reality where everyone’s acting a little too big or a little too small. It’s like a soap opera. It’s like Dark Shadows which is a huge influence as well.
We wanted that ultra-stylised feel to help set it apart from modern films.
Again, Fulci, even Argento really embraced melodrama and made it their own and made it something special.
I often think that melodrama carries with it negative connotations and I think it’s a wonderful thing. I love watching actors go a little big. To me, it’s something that’s not done any more so every time I see it, it reminds of my youth. And a big part of this film was trying to recapture the films that I grew up with.
I knew that if I was going to attempt that, one of the things that I had to do was include melodrama.

Do you think that you could have achieved that same level of melodrama if you’d set the film in the present day?

I think there would have been the potential to do it although I think that people are more forgiving of it being melodramatic because it’s a period piece. It’s almost that people today who weren’t even alive in the late seventies or early eighties can look at the cinema of that era or my film and go ‘that’s just how people were in the seventies and early eighties’. But no, it was actually a very distinct artistic choice even back then to include melodrama. But it’s something that came and went.
You can even look at the first few Friday 13th films and see that they’re rather melodramatic, but they tend to lean a little bit toward camp – and I don’t mean that ironically in that it’s set in a camp – and I think that’s always one of the biggest things you have to work with when you’re dealing with melodrama, as you can’t ever let it slip into camp.
You cannot let the characters wink at the audience. It cannot be self-sacrificing. It has to own the reality that it exists in.

As well as having to keep control of that, what were the other big challenges that you had making We Are Still Here?

It was actually a wonderful experience making the film. I worked with so many close friends and collaborators on it that I couldn’t have asked for a better group of people to have made my first movie with.
My producer Travis Stevens and my director of cinematography, Karim Hussain, Barbara Crampton, Larry Fessenden are very dear friends of mine. Even the special effects team I’ve worked with for 12 years. So to go on to a set as the first time director and see so many people that I love around me was just an amazing experience I could not have asked for more.

In terms of what was difficult, aside from just getting my sea legs and learning so much over the course of our shoot, the biggest grievance was the temperature. It was so ungodly cold.
We shot the film in late January and early February of 2014 and the entire time that we were there – I was there over 30 days – it only rose above freezing twice. On the first day and the last day.
And everything between that it never once got above freezing.
The old house that we shot the film in was very old. It was actually built in 1859, the same year the house in the movies was supposed to have been built. And the only heat in the entire house was the two little wood stoves that you see from time to time in the movie.

So as we were shooting, every time we called ‘cut’ everyone would huddle around these tiny little wood stoves to keep warm.

It must have been quite weird then for the scenes when the actors were claiming to feel unbearably hot, when in reality they were freezing?

It was hilarious. Actually the scenes in the cellar were the best. The cellar was actually one of the coldest areas in the house. And we heated the cellar as best we could with the little space heaters and then we would do tricks to try to keep the actors from giving away that it was actually cold. The last thing that you wanted was for the actors to say ‘It’s so hot down here’ then you would see the breath come out of their mouth. So we would do things like have the actors keep ice cubes in their mouths until we called action and then spit them out, which keeps your mouth cold so you can’t see your breath.
We all got a pretty good laugh every time we walked down into the cellar and we had to say ‘oh, it’s so hot down here’.

So what are you working on next?

I’m currently writing a screenplay that I’m not going to direct, which I’m really excited about. It’s a horror film as well.
But I do also have a project that I hope to be directing next year. I can’t say too much about it, but I can say that it is also a horror film and as someone who genuinely, unabashedly loves horror, I really don’t see myself the genre of filmmaking.
Ever.

We Are Still Here is available on digital download 12th October and DVD 19th October. 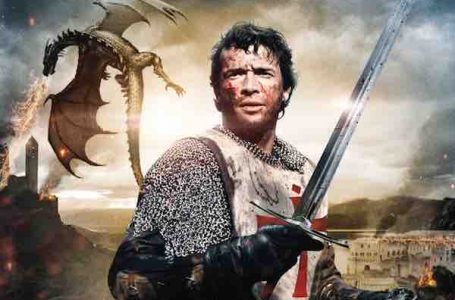 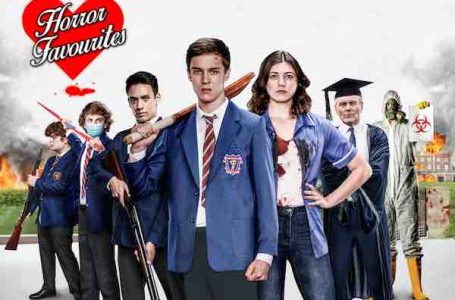 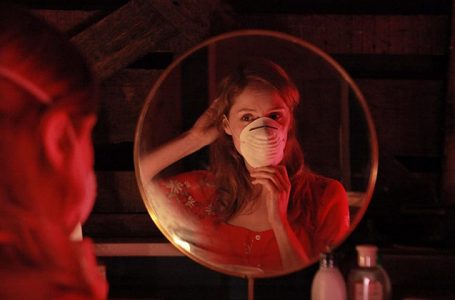