The 2000 Sci-Horror Pitch Black was a great action alien assault film packed with terrific tension and scares but ask anyone the best thing about it and they will say one word, Riddick.

The badass anti-hero with sun glasses, night vision, killer moves and slick sick sarcastic one liners as defined by action actor Vin Diesel was a firm fan favorite spawning not only an epic sequel The Chronicles of Riddick but also an Manga movie and two video games and now 13 years later we have a third chapter in the life of the last of the Furyan’s known by his full moniker as Richard B. Riddick.

Following straight on from where we last left him, as the leader of the Necromongers a society of religious fanatics who seek to convert everyone and kill those who refuse, Riddick bored of the power is now in search of his home planet.

Predictably for an evil race of aliens the Necromongers trick and betray him and Riddick is badly injured and left to die on a dusty rock whose only inhabitants seem to be strange and deadly alien creatures who all want to kill him as well.

Driven by revenge and his deep set survival instinct Riddick tames and conquers the land and its animals and escapes to a bounty hunting outpost sending out his image across the galaxy. Soon two ships descend onto the planet both manned by very different crews but both out to capture and kill the most wanted man alive and reap their reward

But Riddick has other ideas and soon the hunted becomes the hunter and as mercenaries start to fall the collected crews must band together if they ever want a chance of leaving the planet in one piece rather than in several bloody body bags.

Riddick follows a much simpler plot line than Chronicles did and this is a more than welcome innovation from director and writer David Twohy who has had a hand in all Riddick’s adventures thus far.

Even bolder is bar the deep and menacing voice over of Vin Diesel the first act has no dialogue at all with Riddick reverting to his primal self amidst the aggressive alien animals and harsh terrain that he fights his way through, all realised with some amazing effects and very creative creature creation.

In these early scenes Vin Diesel is at his brutal best, crafting weapons from bones and rocks and hunting and gathering Riddick is almost an anti-Sci-Fi and this ancient archaic opening seems akin to the start of 2001 and works wonderfully in reintroducing us to everything that made Riddick so cool in the first place.

Once the other characters arrive the movie amps up the apprehension and takes another unexpected turn almost into the realms of the slasher except with the audience firmly on the side of the stalking killing machine bumping off the boring bounty hunters with cleaver traps rather than the other way round.

Although the characters are clichés the cast bring them to life with Jordi Mollà as the sleazy Santana and Matt Nable as his more clean cut counterpart doing a great job as does every fan boys wet dream Battlestar Galactica’s Katee Sackhoff as Dahl. There is even a cameo from the underrated Karl Urban repeating his role as Vaako all be it a brief one.

The last trick up Twohy’s sleeve is to bring everything back to Pitch Black both in the story and the set up and the final act is a brilliant and bloody feast of guns and gore featuring space bikes, evil aliens and one of the best deaths in recent movies that manages to trump the Death by Teacup scene from The Chronicles of Riddick.

Okay so the swearing and nudity are a bit obtuse and there is a misogynistic streak that is somewhat jarring and unnecessary especially in the relationship between Riddick and Dahl however overall the film is an all-out entertaining thrill ride that is a lot more experimental than one would imagine for a threequel and a smashing Sci-Horror with an iconic central character.

Vin Diesel and Twohy prove Riddick has a lot more life in him yet and if the films continue to be as good as they have all been so far then bring on part four!

If you love Riddick check out our comp right Here 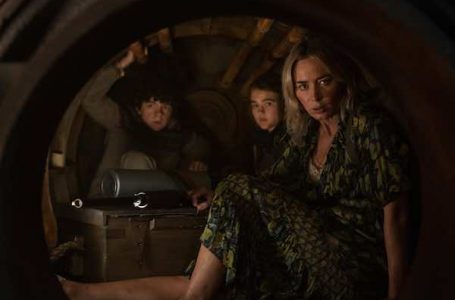 5 of the Most Nerve-shredding Monsters on... 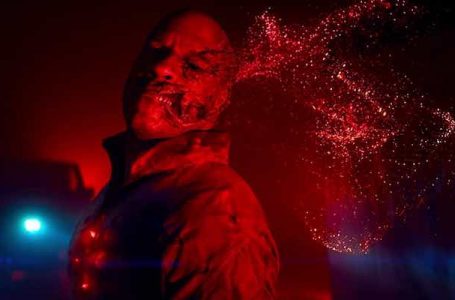 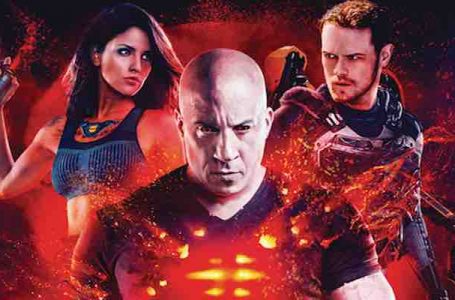