FROM SICK BOY TO SETTLER – THE BEST OF JONNY LEE MILLER

WHAT’S STREAMING THIS AUGUST ON SHUDDER UK and Ireland

MARS IN THE MOVIES

Guess what’s out this Monday (December 3rd)? Yeah, that’s right, Zombie Flesh Eaters, fully restored and released by Arrow Video in all its uncut glory (or should that be gory)!

If you don’t know much about Zombie Flesh Eaters, this is kind of a big deal. As you may have already noticed, it’s our number one zombie film of all time (at the time of writing).

After being banned back in the day, and released in various forms, under various names over the years, you can finally get your hands on the ‘fully restored from the camera negative’ film.
In addition to the film itself, there’s a whole heap of other features including special features, additional collector’s material and never-before-seen extras, including optional English / Italian opening titles, a UK exclusive introduction to the film from lead actor Ian McCulloch, and a number of brand new featurettes.

When a mysterious yacht turns up in New York with some zombie cargo, a young woman and a journalist are keen to find the truth of its origins. Travelling to a group of small tropical islands they discover a disease (thought by many to be a curse) that threatens to turn the humans on the island (and beyond) into the walking dead.

Anyway, how about that competition?

Win The Place of No Words on... 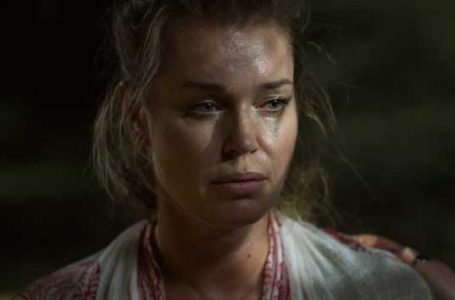 FROM SICK BOY TO SETTLER – THE BEST OF JONNY LEE MILLER

WHAT’S STREAMING THIS AUGUST ON SHUDDER UK and Ireland

MARS IN THE MOVIES