It’s widely accepted that farms can be dangerous places. There’s machinery (threshers etc), that can take off limbs if not used properly; there are sharp tools which can inflict pain if you’re not careful with them; there are animals that could nibble or kick you.
But when listing the dangers, one doesn’t often consider the potential death and destruction that can be caused by scarecrows. Particularly when they are possessed and evil.

Sadly John Rollins didn’t consider this either.
Since buying a farm with his wife and two children, times have been hard. Poor irrigation and bad weather mean that crops have been late, making money tight, and life difficult.

Fortunately religion is there to help them through the hardship, but when a flock of crows turn up and start munching on the crops things just get too much.
Threatened with losing their land, and with their very marriage on the rocks, John is seeking sanctity in his barn when he finds a hidden room containing an old, prune-faced scarecrow.
Although his son takes an instant disliking to it, and although he could just make another, less evil looking one himself pretty easily, John decides to place it in his field.
Soon enough things turn around. Money comes in, the crops improve and crows drop dead (and unfortunately so do a few humans).

It’s not the first time that Scarecrows have been used in horror. Well, in fact it’s pretty hard to find anything that hasn’t been used in horror nowadays (possessed toasters, killer biscuits etc). But scarecrows are one of those things that generally have an element of fear associated with them, whether it’s just in their name, or the fact that they often look like they’re going to spring to life any moment. For this reason, done right, a film with a scarecrow is always going to work.

I have to confess that I haven’t seen the first Messengers, but from what I gather, the sequel isn’t directly related to it, which is kind of strange. This does happen every now and then (see Halloween 3 as a good example of a film in a series that goes completely off topic), and it’s always a refreshing change. The film makers don’t have to find a way to make the same monster seem more scary each time (such as with Freddy, Jason and Michael). And in this case, I didn’t have to watch the first to understand fully appreciate what was going on.

As I hadn’t heard much about the film, I was expecting a low budget, poor quality effort. But I was pleasantly surprised to see that it really wasn’t. It had a great feel to it, and the camera work is superb, really giving you a feel of claustrophobia when in the corn fields for instance. You can tell by the general glossiness of it all that it’s high quality.
Written by Todd Farmer (no wonder he likes scarecrows), the man responsible for other successful horrors including Jason X, Messengers, and My Bloody Valentine (2009) you would expect a solid, well paced tale. And that’s exactly what he delivers. Okay, killer scarecrows might seem a bit silly, but with the speed in which events unfold, the viewer doesn’t have time to think about such things. Instead, they’re busy worrying about ‘what that strange noise in the corn field is’ and ‘where all that blood came from’.

The cast is pretty unknown, which could be where they cut their costs. But even actors are decent enough, giving performances that are compelling, and behaviour that was pretty believable for a film about an evil, living scarecrow. Norman Reedus (as John) gives a convincing performance as the stressed bread winner, forced to question his faith and morals; Heather Stevens is equally good as the supportive wife.

Okay, there are elements that are a little predictable, but that doesn’t get in the way of the general enjoyment of the film.
It’s a straight up, ‘sit in with some popcorn’ horror film. It won’t leave you mentally scarred, and it won’t cause you to throw up.

If I were to choose a flaw in this entertaining corn-filled creation,  it would be the slightly confusing dream/ghost sequences. It’s never clear whether John’s really seeing spectres; whether certain people actually exist; or if he’s seeing flash-backs/hallucinations. I guess it’s all down to the viewer’s interpretation.

After being subjected to a few stinkers, it was nice to see a film that provided and good, all-round package of entertainment. And if you fancy a simple, spooky monster movie, this will leave you feeling satisfied.
I’ll also be avoiding any night-time cross-country detours for a few weeks.

Messengers 2 is released on DVD on Monday 21st September by Icon Home Entertainment. For info and previews on Icon’s other horror releases, check out www.preparetobescared.com 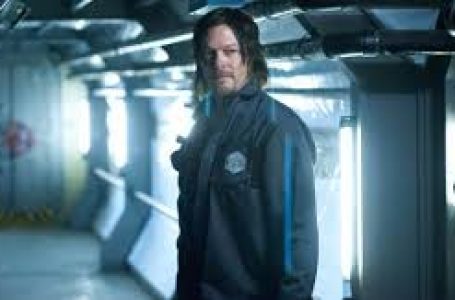 Norman Reedus is coming up for Air 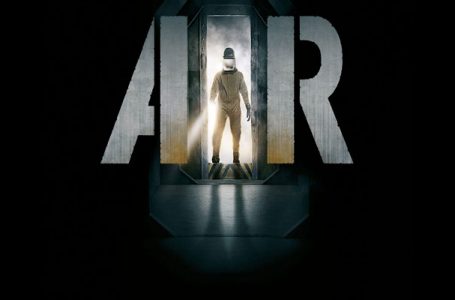 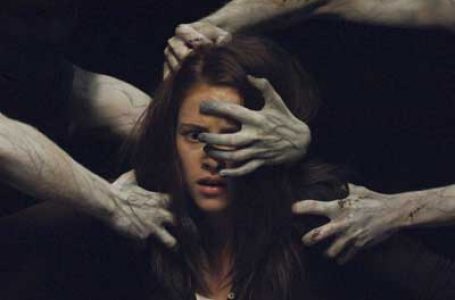