After causing quite a stir at this years FrighFest The Woman is set to be released on DVD and Blu-ray from 17th October and we have the newest trailer for you right here.

Social satire or horror movie? Misogynistic or an attack on misogyny? These are the kinds of questions that have been pondered by audiences and critics. Whether the film is viewed as “an unflinching, accurate and undeniably powerful portrait of an extreme kind of misogyny” (Daily Mail) or simply “one of the nastiest films out this year” (The Times) The Woman is essential viewing for fans of uncompromising cinema.

Directed by Lucky McKee (The Woods; Masters Of Horror; May) and co-written by award winning horror novelist Jack Ketchum (Red; The Girl Next Door; The Lost), the film stars Angela Bettis (Toolbox Murders; Carrie; May), Sean Bridgers (Deadwood) and Pollyanna McIntosh (Burke And Hare; Exam; Land Of The Lost) in a savage and harrowing film examining the darkness of human nature.

Watch the site for a full review soon and check out the trailer below: 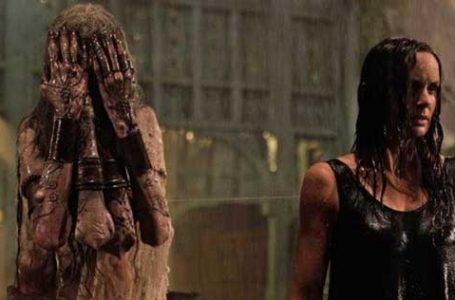