In horror films, cheap thrills are just as good as expensive ones. You don’t need a huge budget to scare your audience senseless. Take the new British chiller HOST, described by Dread Central as “the scariest film of the past decade” – it all takes place on a laptop screen, and features a handful of actors and just a sprinkling of effects, but manages to be incredibly effective and unsettling.

Here’s a selection of some of the best low budget horrors that have revolutionised the genre with their cost-cutting approach to fright, using resourcefulness, new technology and canny marketing to work around budgetary restrictions.

Night of the Living Dead (1969)
George A.Romero’s zombie shocker, featuring a group of people under siege from the undead in a farmhouse, cost a little over $100k and made over $18million at the box office. Superbly scripted and beautifully photographed, Romero garnered terrific performances from a no-name cast and doused the film with a sense of dread and despair. It is now regarded as a classic – and was recently added to the esteemed Criterion collection, receiving a stunning new Blu-ray restoration – not bad for a low budget chiller!
USP: Romero’s film showed footage of zombies munching flesh – truly shocking at the time, and ensured real word-of-mouth buzz.

The Blair Witch Project (1999)
Famously filmed for the price of a cheap secondhand car, The Blair Witch Project, about three filmmakers getting lost in the woods looking for a witch, became a cultural phenomenon, kickstarted the ‘found footage’ genre, and made hundreds of millions of dollars, spawning a sequel and a remake.
USP: The filmmakers utilised the internet to publicise the film as if it had actually happened – and audiences lapped it up.

Paranormal Activity (2007)
Less than a decade after The Blair Witch Project, along came Paranormal Activity to rewrite the horror filmmaking rulebook once more. Director Oren Peli made his nerve-shredder for about $15k – and it is devastatingly effective – relying more on what you don’t see, than what you do. A static shot of people sleeping should be boring – not flesh-crawlingly scary.
USP: Trailers for the film showed audiences literally leaping out of the seats while watching the film.

Open Water (2003)
Two scuba divers are left behind during a boating trip – and find themselves surrounded by sharks. Shot on video over the course of two and a half years, with a budget of $130k, Open Water is a masterclass in slowly building tension in a single location. The film made a staggering $55million worldwide at the box office.
USP: A shark film, based on a true story, with no CGI. Sold!

Carnival of Souls (1962)
Director Herk Harvey’s only feature film, a mysterious story of a woman’s visits to a rundown funfair, was made on a tiny budget with a crew of six. George A Romero has cited it as an inspiration for Night of the Living Dead, and shares that film’s unforgettably haunting quality.
USP: The poster suggested this was ‘A story so unusual it will burn itself into your mind’.

Lake Mungo (2008)
Joel Anderson’s mock horror doc, about the drowning of a young girl, is a gem – the less you know about it going in, the better. Combining interviews, mobile phone footage and eerie photographs (recalling Repulsion and The Shining), it’s a viewing experience that really gets under your skin.
USP: The attention to detail and verite style makes you think this doc could be real.

The Evil Dead (1981)
Sam Raimi and his pals touted a short film they’d made round to potential investors, and with the initial $90k they raised, went off to a cabin in the woods and made one of the greatest horror films ever – starring Bruce Campbell as a man up against recently unearthed ghouls and possessed pals.
USP: The posters had a killer quote from horror writer Stephen King – “the most ferociously original film of the year”. And the tagline ‘The Ultimate Experience In Grueling Terror’ whetted horror hounds’ appetites no end.

Collingswood Story (2002)
This little seen, but extremely scary low-budgeter is the story of a girl conducting a long distance relationship with her boyfriend via webcam, gradually realising the house she has moved into is haunted.
USP: This might have been the very first laptop-based/online seance horror, and surely paved the way for HOST.

Host (2020)
Rob Savage’s short sharp shock of a film starts innocuously enough – a group of friends planning an online seance to enliven their lockdown. What follows is a Zoom call from hell, as the group are terrorised by a malevolent spirit and the audience’s nerves are stretched to breaking point. Using a subtly creepy build-up, ominous occurrences in the background, and a brilliantly engaged cast, Savage manages to craft a truly shattering scare machine that will lose you a good few night’s sleep.
USP: The first Zoom-call horror, and filmed during lockdown to boot. Talk about timely! 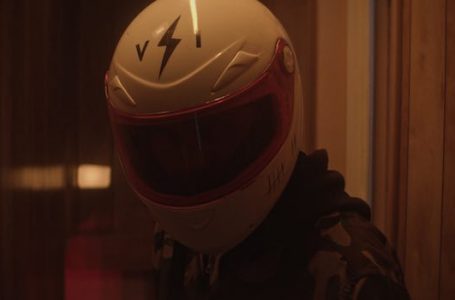 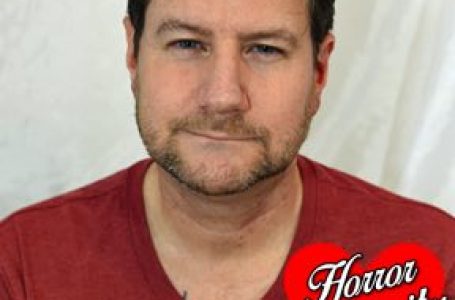